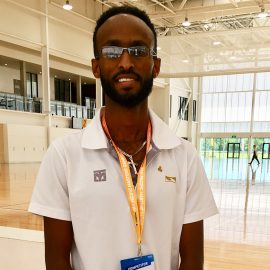 Henok Redo, 34, has travelled an incredible 12,000km from Ethiopia to the Gold Coast to compete in taekwondo at his first Pan Pacific Masters Games. 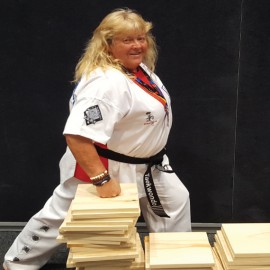 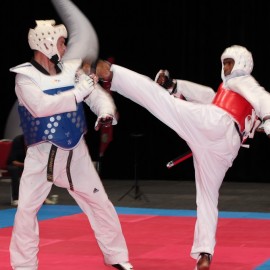 For the first time ever in any Australian competition the taekwondo participants have had the opportunity to compete in two-on-two sparring rounds. In layman’s terms this sees four competitors (two on each team) sparring in the same ring with fighting allowed between any competitor and the opposing fighters. 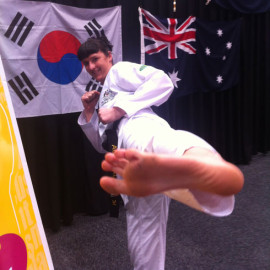 Imagine competing in martial arts against the best in the world. Now imagine competing against them with vision impairment and numbness in both arms and legs. Well that is the scenario that Pan Pacific Masters Games taekwondo competitor Janine Watson … 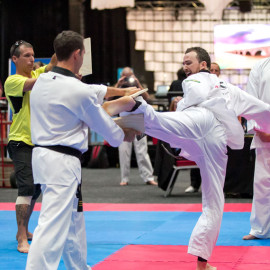 Master taekwondo instructor, Victorian Robert Schembri, has brought a group of over a dozen enthusiastic students with him to the Pan Pacific Masters Games on the Gold Coast. Mr Schembri with wife Nerise runs the famous Schembri’s Taekwondo and Self … 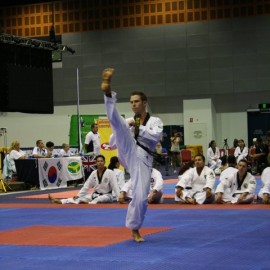 Taekwondo champion to kick it at Pan Pacs

Current National Taekwondo champion Dale Bryce from Worrigee in New South Wales will be making his return to the Gold Coast to compete in taekwondo at the Pan Pacific Masters Games in November. The 32-year-old started competing in taekwondo at …