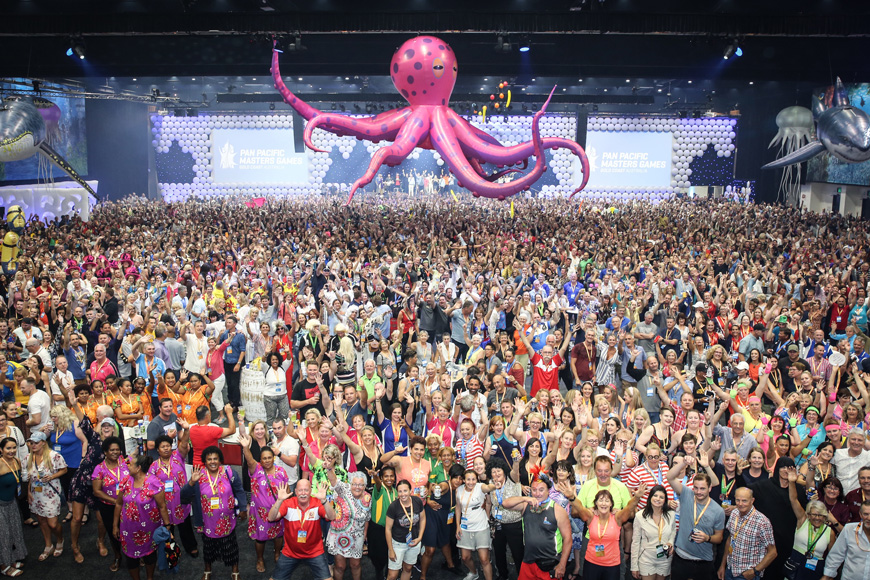 7,000 revellers brought the games to a close at the Games Village at the Gold Coast Convention & Exhibition Centre. Photo: Paul Harris

The curtain has officially dropped this afternoon on the 11th biennial Pan Pacific Masters Games on the Gold Coast and was rated by organisers, participants and officials as the biggest and most successful in its history.

“We have just experienced the best ever Pan Pacific Masters Games and attracted the most participants in the event’s 20-year history,” said Events Management Queensland CEO Cameron Hart.

From 18-year-old swimmer Zac O’Connell to 93-year-old indoor rower Vincent Home, world record-breaking race walker Heather Lee to the PNG White Orchids hockey team inspiring the development of the sport back home, every competitor has a common bond at the Pan Pacs.

“It is to play it, live it and love it,” according to Mr Hart.

“Everyone who participates at the Pan Pacs has their own unique story, their own motivation for taking part but everyone is bonded by fun and camaraderie.

“That’s what makes the Pan Pacs so special. There are records set and medals won but everyone enjoys sharing a laugh with new friends and old friends.”

And that’s backed up by the competitors …

“Everyone is so nice and able to have a laugh at themselves whether it be over a silly serve or a missed return,” New Zealand beach volleyball player Jo Waller said.

“Friends back at Newcastle have been coming here since 2002 and they kept telling me I needed to come but I was never old enough until now,” Dunrooten United football player Chris Ackland said.

“A good thing about the Pan Pacs is it’s like being with family and new friendships are formed every time,” tenpin bowler Danny Simpson said.

“I love coming here to compete at the Pan Pacific Masters Games because I’m not defined by my age – I am just one of the competitors regardless of being 91,” world record setting race walker Heather Lee said.

“We see each other at Christmas time, birthday time and Pan Pacs time – it’s our time to get together as a family,” volleyball convenor and player Peter Marr said. 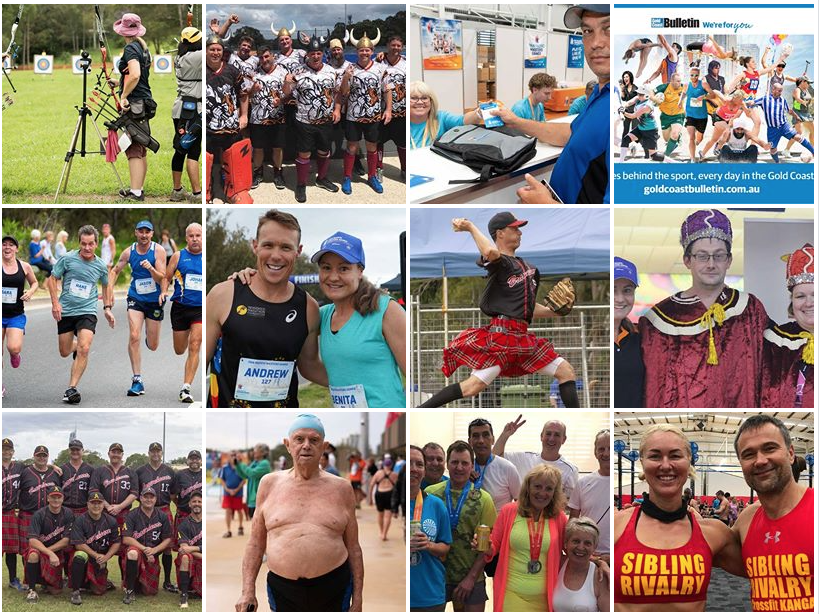 Aside from the sporting competition, the Pan Pacs ‘family’ has experienced eight nights of live entertainment at the Games Village at the Gold Coast Convention and Exhibition Centre including a bumper closing ceremony last night headlined by the Koi Boys.

“The Pan Pacs could not have been delivered without the tremendous work of the host sports organisations, sport convenors and world-class venues,” Mr Hart said.

“Being able to use five Commonwealth Games venues provided an exciting point-of-difference at these Pan Pacs for both competitors and officials.

“The success of these games will also see more than one million dollars injected into the community-based sports organisations that have hosted the sports.”

With the curtains now drawn, the countdown clock reveals 726 days until the 12th Pan Pacific Masters Games on the Gold Coast from 6 to 15 November 2020.