Veterans bowled over by Hall of Fame inductions 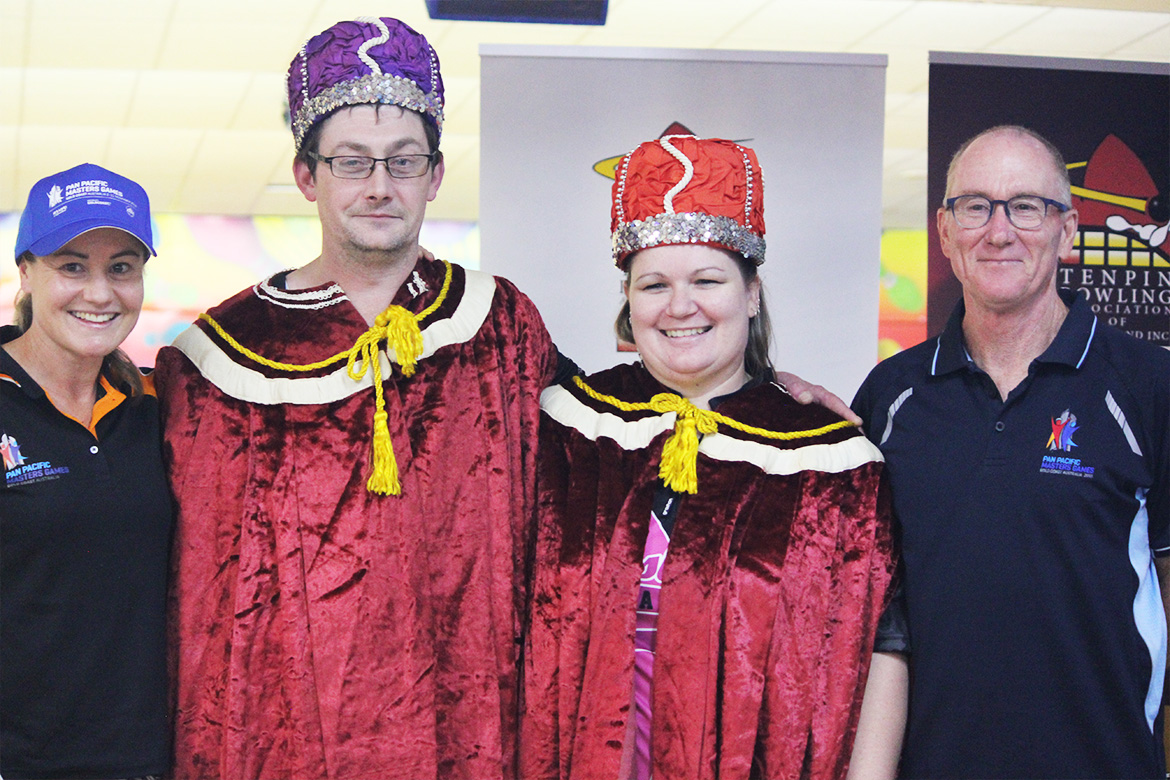 Two Queenslanders were today inducted into the Pan Pacific Masters Games Tenpin Hall of Fame at a special ceremony at the Go Bowling lanes at Ashmore.

They were recognised for their sportsmanship and high level and consistent performances in Pan Pac events over many years.

Steve Solman from New Beith has never missed a Pan Pacs, amassing an amazing 28 gold medals, 27 silver and 16 bronze over the past two decades, with a high score of 299.

Despite his stellar achievements, he says he didn’t see the honour coming.

“I was very surprised,” Steve said.

“I’ve been with the games ten times (previously) and it’s a great community, so I am honoured to be part of the Hall of Fame.”

He says he enjoys the laid-back Pan Pacs atmosphere.

“It’s one of those competitions where you can relax and really enjoy yourself.”

Danny ‘Speed Bump’ Simpson from Bundall has been a regular Pan Pacs participant since 2002.

Apart from bowling he regularly assists with the day-to-day running of the tournament and in 2016 was the master of ceremonies for the tenpin tournament.

“I’ve been part of the games since 2002 and it’s been fantastic,” Danny said.

“The one good thing about the Pan Pacs is that they’re like being with family and new friendships are formed every time.

“It’s a great honour to be part of the Hall of Fame.”

2018 Pan Pacific Masters Games ambassadors, distance runners Benita Willis and Pat Carroll were on hand for the inductions and to crown this year’s King and Queen of the Lanes, Nathan Young and Alana Walker, both from Toowoomba (pictured).